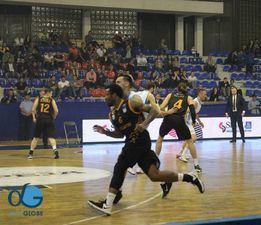 Aaron Walton Moss had another amazing performance in Romania. He helped his team Galati to win at home vs Rapid (97-61). He scored 25 points, added 10 rebounds, 8 assists and 5 steals for the winners. Walton Moss won Kosovo League MVP last season and he is targeting the same trophy in Romania.