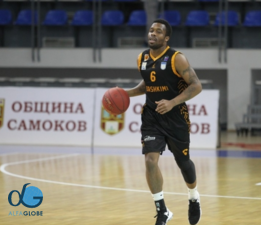 Aaron Walton Moss has agreed terms with Goga Basket (Albania) and joined his teammates today. Walton Moss is expected to lead the newcomer in the league to the play offs in Albanian 1st Division. He started this season in Romania (Phoenix Galati) but left after a month. Last season the strong guard from Camden, New Jersey led his team Bashkimi from Prizren to BIBL finals and League Championship in Kosovo. He averaged 15.8ppg, 9.6rpg, 9.3apg in Kosovo League and 20.7ppg, 8.3rpg, 6.4apg in Balkan League. He was Eurobasket.com Player of the year in BIBL and Kosovo League.