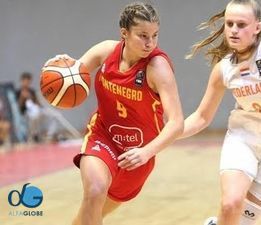 In Slovenia, Konjice were too weak for Triglav. Lejla Omerbasic scored 9 points and added 5 rebounds for the winners.

In Poland, Sokol Hradec defated at home Slovanka (69-55) but the guests played much better than expected and with limited resources gave some headaches to the home team. Samra Omerbasic scored 14 points and added 7 rebounds for the guests.

In Romania, Constanta lost at home vs Targoviste (55-76). Katarina Matijevic had 8 rebounds and 5 assists for the home team. Sirius Targu Mures had no chance vs Satu Mare (48-104) although Brittney Dunbar had an all around game (7 points, 6 rebounds, 6 assists and steals).

In Serbia, Partizan lost at home vs Kraljevo (62-82). Jordan Hawkins did not play much (1 rebound in 6 minutes).

In Croatia, Pula lost at home vs Pozega after an overtime  (100-105). Princess Davis led the guests with 16 points, 9 assists and 7 rebounds, Andrea Glomazic added 18 points and 6 assists while Jessica Warren scored 11 points. FSV lost at home a very tied game vs Medvescak (69-71). Alexis Carter played another amazing game (21 points, 16 rebounds, 5 blocked shots, 3 steals and 3 assists) but it was not enough for the win tonight.