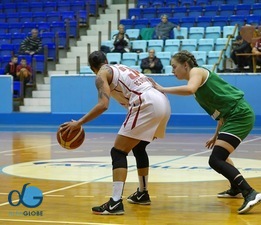 The new year has started and Alfa Globe girls are back in action. Not all of them though. However, the ones that played their first games in 2020 this weekend had very solid performances.

Lets start with Bosnia. Brcanka hosted Orlovi but had no chance to beat the WABA member (48-105). Aleksandra Begenisic scored 14 points for the guests.